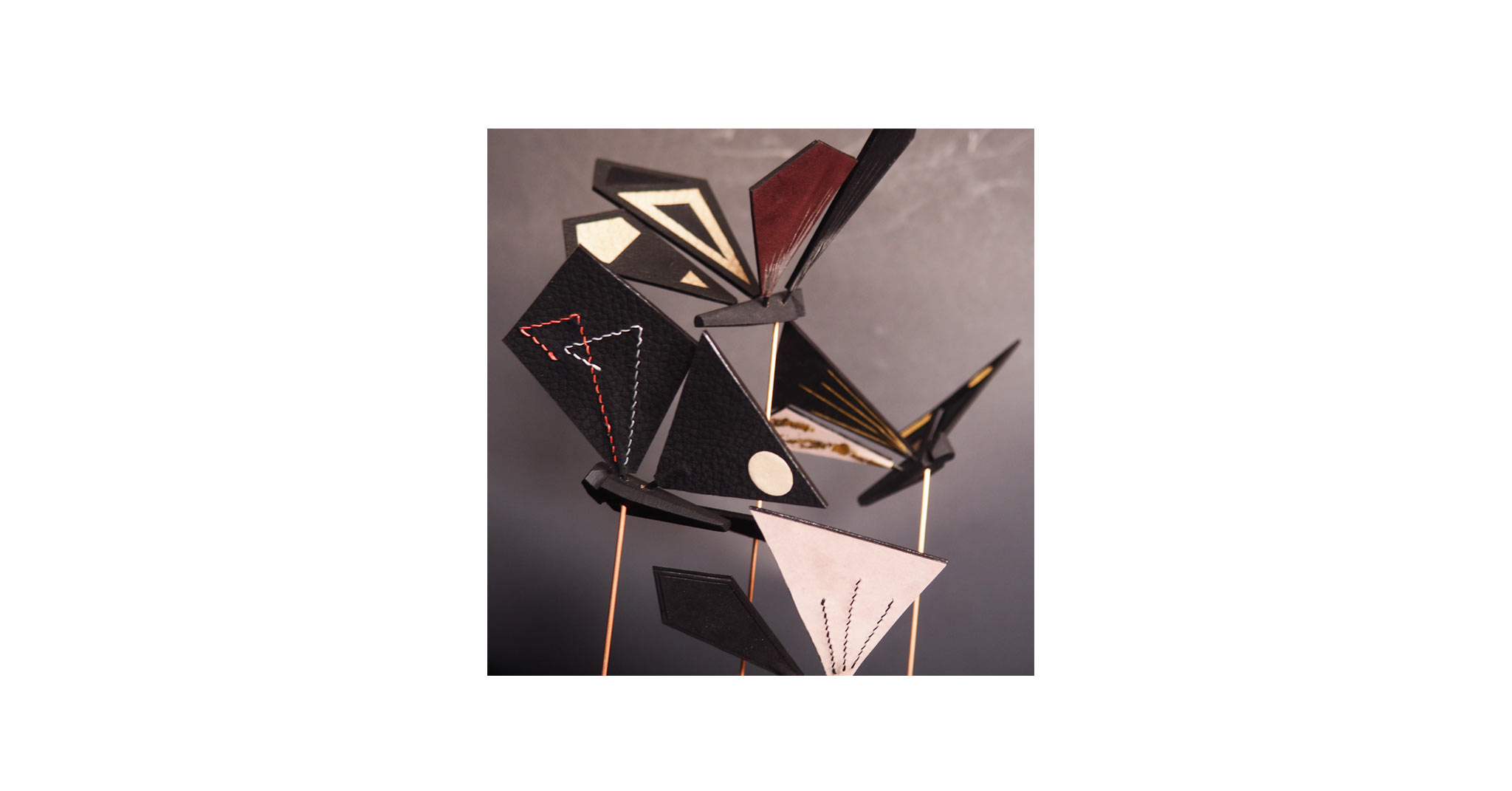 Here is the project that Sophie realized for the exhibition « 30 » of the Centre des Métiers du cuir de Montréal.

Traditionally, the butterfly globe has often been prized in curiosity cabinets. This small museum of
erudite collectors who exhibited pieces brought in from faraway places, with the aim of making
discover the world from the 18th century. Its interest lies first of all in its aesthetic aspect, its
transparency which allows the observation of insects, but also by its work of entomology which by
bears witness to the diversity of species. The study of insects, allows their classification and
to collect data in order to be able to record, observe and then transmit this knowledge in
the future.

I propose here a mise en abyme of the traditional insect globes, transposed to the manual know-how of leather goods and upholstery, with butterflies and leather insects.
As an educational tool showing several techniques of the leather craft, this piece would serve as an object of observation such as the naturalized insect globes are in reality.
A globe of new butterflies from a place where not all species have yet been discovered, and which will easily find its place in a curiosity cabinet.