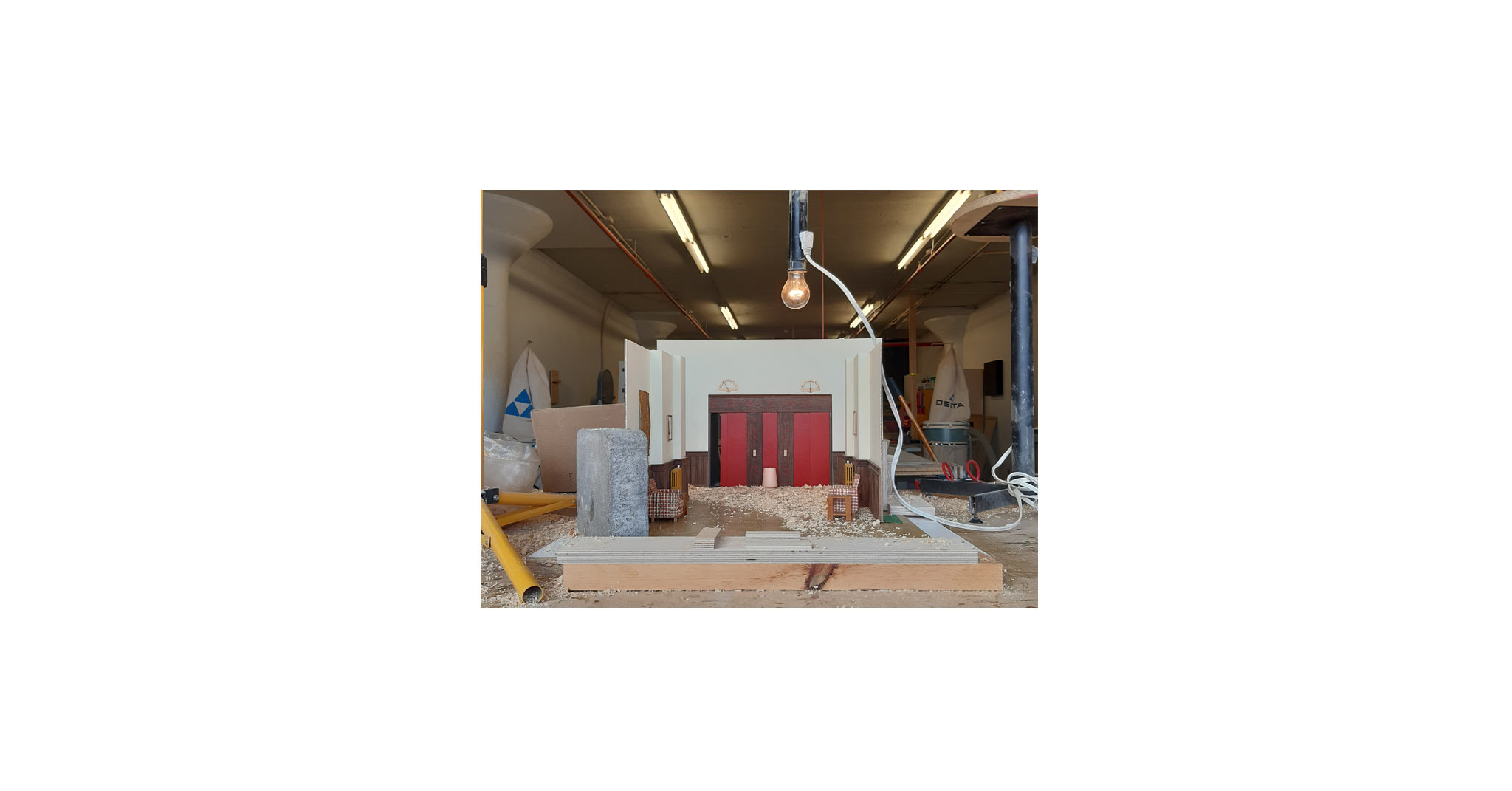 One week of work, about 20 takes, and 5 kg of wood chips later… we get our result!
We tried to get as close as possible to Stanley Kubrick’s original, in colors, textures, patterns and position of the elements.
However, did you notice the frames on the walls? These are images of our work!
We started with the model work: the fabrication of the different elements of the scene. Then we painted them. For the floor and the walls, there are patina effects to gain in realism. That’s what Richard knows as a scenic painter on several film sets.
Then, it’s time to shoot: we try to create waves of wood chips with the help of hair dryers! 30-second shots are followed by a big cleaning of the film set, where the wood chips take a malicious pleasure in getting stuck behind the radiators!
The video is made with a phone, without any image editing.
And finally, we composed a soundtrack to get closer to the atmosphere of the film.
Now, you know everything! (or almost:)